What if you could write a piece of code and it could potentially save a life? That’s what software developer Sulthan does. 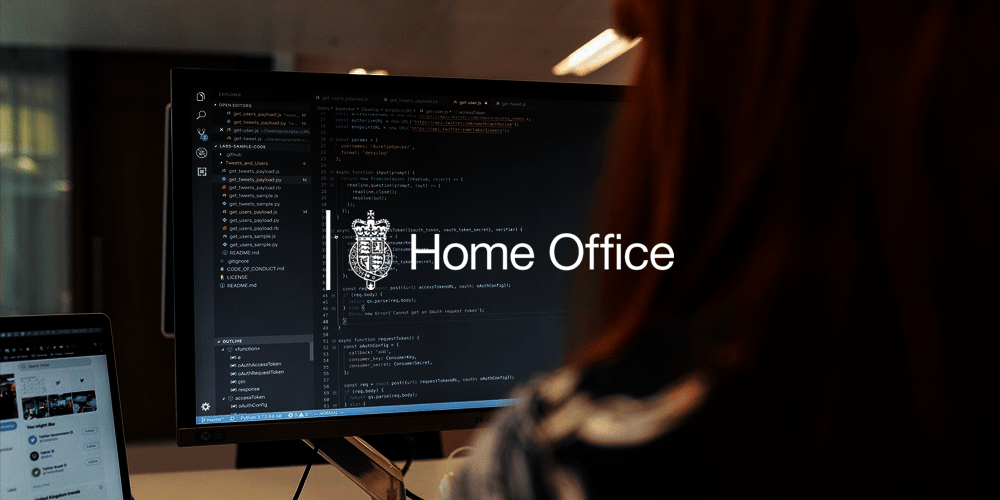 This interview is originally from hackajob.

From driving to applying for a passport, to registering births, marriages and deaths and much more, it’s likely most of us will have used an online government form. One form you may not have come across that has a huge impact in our society today is the form to report suspected modern slavery.

Firstly, could you tell us about yourself and the role you do at the Home Office?

I’ve been in the IT industry for 20 years and I’ve worked in a variety of roles. From Project Manager to Business Analyst, I’ve also worked in Commercial, Legal, been a Tester and I’m now a Developer. I currently work in the Home Office Forms Team and we support around 10 different services. You may be familiar with some, for example reporting a lost or stolen Biometric Residents Permit, applying for a Refugee Integration Loan and of course Report Modern slavery.

Essentially when we create a new service, we go through a process to make sure we deliver the best service for users, and we have existing services which we support and maintain. We work in multi-disciplinary teams, and this includes developers, delivery managers, testers, business analysts and performance analysts. We’re always looking for more talented people to join us, by the way!

Can you give some background info as to what the National Referral Mechanism is and what your role in this was? What was the problem you had to solve?

This work means a lot to me, and I’ll explain why. When I was around 8, my brother – who was 11 – and I were hanging around in the area and we got approached by a man who asked us if we wanted a ‘job’. My brother was quite smart and said no and ran off, but that kind of thing stuck with me. As a result, I care quite a lot about this service and helping to support victims.

In 2017 our digital team was tasked with launching a new and improved online form to report suspected victims of modern slavery. Modern slavery is a complex crime and may involve multiple forms of exploitation, including human trafficking, slavery, servitude and forced or compulsory labour.

So, we talked to first responders and tried to understand how they were using the service at that time. We uncovered the pain points and issues and used that research to develop the new form. User research and testing is incredibly important to what we do and helps us to carefully consider access needs and accessibility requirements. For example, supporting users as they fill out the form by creating prompts for them to enter missing information.

This sounds like it was a big project. What was the process like from conception to delivery? What were the main objectives for your team?

The main premise is that the first responders fill out the online form. This data is sent to a caseworking system, which is then used to review the data and determine how to help victims of modern slavery.

We made some further improvements to the system after security architects were concerned about losing sensitive data if there were to be network issues when sending the data to the caseworking system. As a result, we created a messaging queue in between using Amazon SQS, which is highly reliable. Therefore, instead of sending the data to the caseworking system straight away, it sends it to the queue. Then we created an app to check the messaging queue every few seconds and send it to the caseworker. We now also save each part of the form. This ensures we don’t lose any data.

The main thing for us was continuing to collate feedback along the way with our users and testing the design so we could constantly improve. For example, we developed the form to use usernames and passwords initially, but after testing and collaborating with other government organisations and websites it became apparent that passwords aren’t that helpful to users as they tend to forget them. We wanted to streamline the process, so we ended up using magic links, where they can access the form. Based on feedback, users seem to prefer this approach compared to the traditional password approach. It’s also more secure.

As modern slavery is a very complex crime, there must have been a lot of collaborative work with other people or teams – how did you navigate this?

It’s been really eye-opening. We have a close relationship with caseworkers, our users and also within the team. What I’ve learned is that it’s good to talk through the problems you have within the team and with other teams; sometimes as a developer we find a problem and just try to fix the problem by ourselves. But if you speak to the team about your problem, they may have solutions. I’ve learned to involve the team more and as a result we were able to improve our processes. So, I collaborate with not just other developers but with testers, users and caseworkers too.

What was the biggest challenge whilst creating the form?

I was the Lead Developer and we had other developers too, but I sometimes found it hard to balance my time. People wanted to see my architectural designs, they wanted to see my plans, so I essentially spent a lot of my time in meetings rather than doing more of the dev work. However, I was fortunate to work with other amazing developers who supported me along the way, to make sure we delivered.

What tech stack did you use and had you used all the frameworks/languages before?

We used Node JS, Express.js, Drone and Home Office Forms, which is a framework we created. What was new was Amazon SQS, postgresql, Gov notify, knex and Grafana for the dashboard. We used Google Puppeteer for automated testing. This project also helped me to brush up on my Kubernetes skills.

What impact has this work had on protecting vulnerable people so far?

Support is provided through the modern slavery victim care contract with the Salvation Army and subcontracted providers. This is structured around 3 pillars of support: safe house, accommodation, financial support and a support worker is assigned to help facilitate services such as healthcare, translation services and legal advice. Survivor stories can be found on the Salvation Army website, containing first-hand accounts from people who have been supported once they have been referred through the new National Referral Mechanism form.

The Modern Slavery Annual Report 2020-2021 highlights that the number of potential victims referred to NRM has risen from over 2,300 in 2014 to more than 10,000 in 2020. Since 2011, the Salvation Army and its partners have supported over 15,200 recovering survivors of modern slavery. In 2020, a total of 7,212 received support through the Modern Slavery Victim Care contract, the largest number of people supported during a contract year to date, so there is certainly a huge impact to those using the referral form, and especially victims receiving much needed support.

Wow those numbers really mean a lot when you realise those are people who have actually been liberated. What would you say to someone interested in software engineering at the Home Office?

I’ll be frank with you I’ve worked in a lot of great organisations but working in government is amazing. The number one aim is user needs, and this is the first organisation I’ve worked in where it’s the most important priority. And that’s another reason why I love working here, we care so much about the users. We have rolling recruitment campaigns in the Home Office, and we’re currently looking for lots of developers to join us, as well as researchers and designers. Our jobs are available on Civil Service Jobs, and more information about our organisation and benefits is on our hackajob page. Definitely consider a role with us if you want to make a difference.