Multi-council Drupal code sharing project is up and running

Croydon and three other councils have just kicked off an MHCLG funded project to flesh out how our Drupal sharing is going to work at scale. 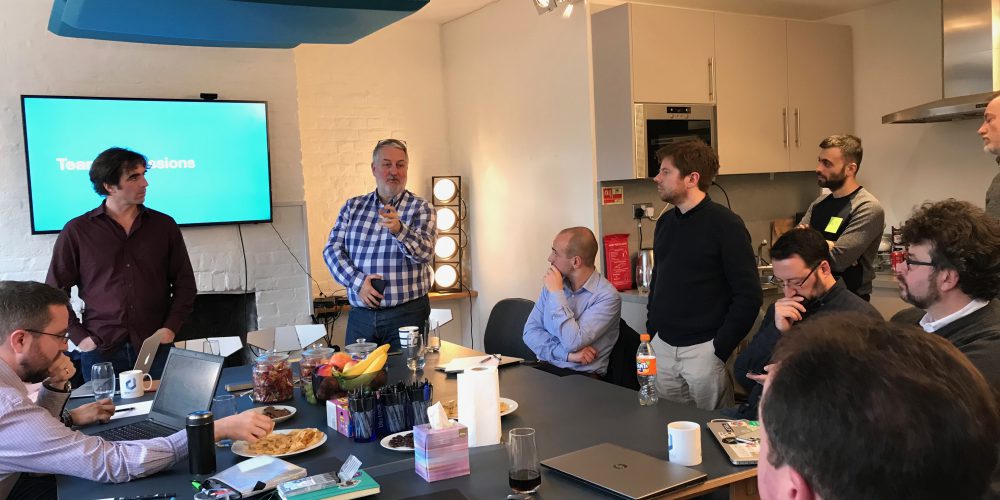 Last week we started our Discovery project to understand how Drupal 8 sharing could work between a group of local councils. The project lasts 6 weeks and by the end we’ll have a much better idea of the challenges and opportunities.

Regular readers will know we’ve blogged about code sharing a lot – apologies if it’s getting a little tiring! You’ll be thrilled to hear that we’ll be posting about our MHCLG funded work regularly and tagging everything with “code sharing”.

The story so far

We’ve been on this journey for a while. It’s almost a year since I wrote this blog post, and chats about sharing the Brighton & Hove code started about a year before that.

Conversations turned to reality last July when Croydon and Brighton & Hove agreed to work together. By November we had the beginnings of a new Croydon website.

Over this time we’ve been approached by several councils wanting to join in. We teamed up with Bracknell Forest and Oxford City and secured MHCLG funding to explore possibilities. We know 2 councils can share, but how does it work for 4? Or more? We’ll have a better idea in a few weeks’ time.

Our team has grown a little. Thanks to MHCLG we now have user research and product expertise from DXW. Drupal 8 experts Agile Collective are guiding us on technical and governance questions, and they’ve brought legal and IP help from Moorcrofts. We’ve assembled a talented bunch, and it’s a privilege to be working with them.

Kicking off our Discovery work

How to organise a kick off meeting with two suppliers and four councils that have (mostly) never met each other? I made this deck to give us a bit of structure, but we also tried to allow as much time as possible just to meet and talk.

The afternoon split roughly into 3 parts:

We were fortunate to have open source specialist Andrew Katz in the room, so included a discussion led by him too.

About half way through I wondered if we’d bitten off more than we can chew. Thanks to the know how and professionalism in the room though, we finished up with a plan for sprint 1.

The problem we’re trying to solve 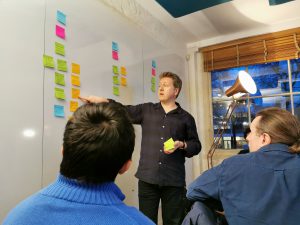 Yours truly in Delivery Mode

Code sharing and collaboration are huge issues, too big to bite off in one go. We previously decided with MHCLG to only focus on the barriers faced by councils in joining a shared Drupal project like ours. Even with that scope, there’s still a lot of ground to cover in 3 sprints.

We also had to keep reminding ourselves that this is a Discovery project. We need to address the key questions, and propose answers that can be tested in a later Alpha phase. It’s very tempting to jump to the end, but we need to take this one step at a time.

Service Designer Mark from MHCLG suggested we make a proposition deck, setting out the problem and how we’ll know when we’re done. We’ll share that shortly. We’re also trying out OKRs which are a new thing in Croydon. It’ll give us some practice and help align with wider council objectives.

Towards the end of the kick off we gathered around a big white wall (every council should have one) and created post-its to describe the work. Each team suggested what they ought to be doing, and the sequencing of jobs. Considering there were 16 people in the room there was an impressive amount of agreement.

We agreed to use the rest of this week to properly set up the project, and start sprint 1 next Tuesday.

In our first sprint we’re aiming to do 3 things:

What we do next depends to an extent on Sprint 1, but we’ve an idea of the things we need to complete the Discovery work:

Words to the wise

There’s two clear lessons already – apologies if they sound obvious. Starting a collaboration from scratch needs sustained effort. You need to keep talking about it, and not let it drop. Neil Williams has described this work as “my passion project” which it is, but that’s also a bit of an understatement. If we’re to provide a better service to users, and keep up with their expectations at a time when funding is tight, we have to find ways to work together.

The second lesson is as important. You need buy in from your bosses and peers early on. We’ve had it in Brighton & Hove for a while – thank you – and now we have it in Croydon too. It’s provided support and challenge as needed. With the bosses on board we’ve been able to do some of the work in office hours rather than evenings and weekends. I started writing this on the train, and finished it at Cronx Towers. Thank you again to our supporters – you know who you are.

We’ll be posting on Croydon.digital at least once a sprint, and sharing updates on Local Digital Slack.

Please do chip in with your thoughts and suggestions. See you in a fortnight if not before.

This wouldn’t have happened without you Ali. Thank you

Really encouraging to read this Will. Hopefully catch up soon