Croydon Council is sharing a publishing platform with Brighton & Hove

Rather than reinventing the wheel, Croydon Council has agreed with Brighton & Hove City Council to re-use its web publishing platform and work on updates together 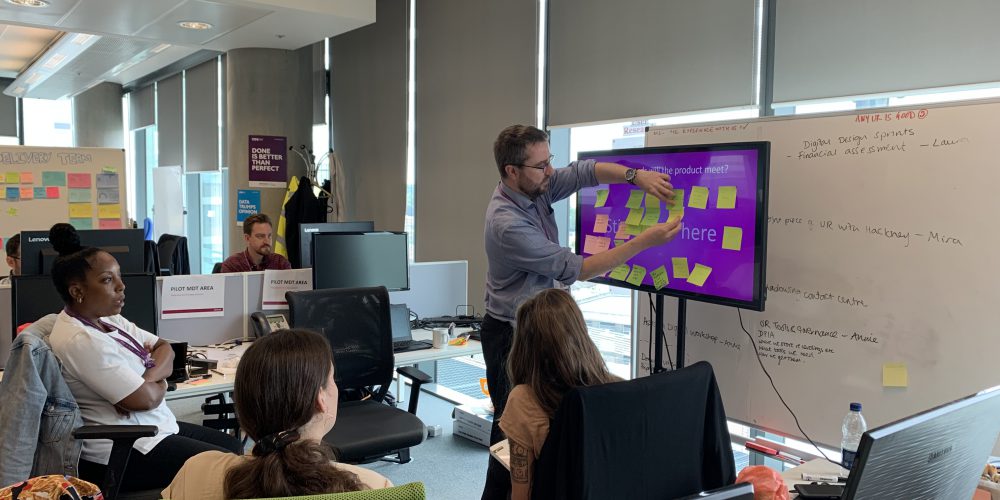 A few months ago I wrote a blog post about government’s obsession with building publishing platforms. I’ve worked on 4 such projects to date, and I know council veterans who’ve done far more.

Wouldn’t it be easier and cheaper if we just used someone else’s work? Provided they let us, and they’ve covered the basic user needs, of course.

I’m delighted to say that Croydon is doing just that. We’ve just started redesigning the main croydon.gov.uk website and, rather than starting from scratch, we’re adopting Brighton & Hove City Council’s new Drupal 8 site as a starting point. Our two councils have met and agreed to work together on new features.

We’re not planning to share hosting or anything available off the shelf (such as Drupal 8 core or its contributed modules), but we’ll obviously swap notes on the best use of these.

What we’ve done so far

Our Croydon project is a few weeks old now. Sprint 1’s goal was to decide whether the Brighton & Hove Drupal 8 set up was the best starting point, or if we should look at something else.

Our content designers and user researchers took the platform for a spin, building landing pages and typical content and linking to them from the homepage. We wanted to find out if the needs of the 2 councils’ internal users were the same or similar. Could we simply re-use the same publishing formats, or would they need tweaking? What would we share? And so on. At our first sprint review we decided that there’s plenty of great stuff in the platform, and we should definitely use it.

In Sprint 2 we looked at the changes we need to make to “Croydonise” the site. We also popped down to Brighton to talk about technical architecture and the logistics of sharing a platform.

Sprint 3 starts tomorrow and we’ll be having our first conversations with Brighton & Hove about actual code changes on the platform. Our sprint backlog includes a look at how content formats are named, and an investigation of the Link It module.

Both councils will benefit

Our councils will save time and money by working together. Croydon will get its new website months earlier than planned. Brighton will get the benefits of new formats such as GOV.UK’s award winning step by step navigation which we’re going to implement very soon. It’ll also free up time to get to the good stuff – we’re very keen to follow up on Adur & Worthing’s Open Referral work, for example.

This project also shows both councils’ commitment to Local Digital Declaration that calls for the “reuse [of] existing user research, service design, common components… before starting to design or procure something new”. Our new website is also an important plank of the Croydon Digital Strategy which launched earlier this week.

I’m acting as Delivery Manager for Croydon, with Tom Steel as Product Manager (pictured above). We have a top notch team of developers, content designers and user researchers in place. Also Design Dave, the creator of the Brighton Design Patterns Library, is working with us in Croydon which will make our adoption of their work all the easier. Our Brighton & Hove colleagues will introduce themselves soon.

We’ll be blogging as we go. Please do ask us questions and share your thoughts. We’d particularly like to hear about website rebuilding projects, and examples where you’ve shared work with other councils.

Hi Will. As you know we’re really keen here at Oxford to participate in this project if possible, once you’ve worked out the kinks of course. Assuming that the base code is also part of the sharing arrangement rather than just the custom modules?

Hi Neil, great to hear from you. As you say, it’s early days and we still have kinks to work out. We’re definitely up for a conversation when this is done though.

On what we’re sharing, I ought to post my sketch of the various Drupal 8 components. Drupal 8 Core and the standard modules Brighton & Hove uses are freely accessible to anyone at drupal.org – we just need to provide a list of them.

The custom modules that Brighton & Hove has built (and we’re adding to) are the special sauce. We’re creating the “store cupboard” for these.

The design layer is something we could share in future. We’re basing ours on Bootstrap 4, then adding a generic GOV.UK like parent theme and a Croydon specific child theme.

Hosting isn’t being shared – we have our preferred solution, and B&H has theirs. We’re obviously swapping notes and will blog about this if there’s anything useful to share.

It’s much easier to show a pic of this – I’ll tidy up my sketch and post it!

Hi Will. Congrats on the progress that you have made. Really useful to find out your approach and I look forward to finding out more as your work progresses. Bracknell Forest, as you know are also keen to participate in this project.

Hi Colin, thanks very much for your support – our team will definitely be blogging again soon and we’ll add more detail. Let’s stay in touch

Hi Will, Sounds like a good collaboration. We’ve just gone live this week with our new public Drupal site Blackburn.gov.uk and are looking to move into move Gov.UK design territory going forwards, would be interested in joining your collaboration if it’s manageble

Hi Paul, congratulations on your launch! We’ll be blogging here about the project , and will definitely keep you posted

Hi will, who can I speak to about your gov.uk step by step implementation? The Victorian government in Australia would greatly benefit if we could integrate this into our drupal 8 instance.

Hi Mike, great to hear from you – we’ve just shared Step by Step with Brighton & Hove so should be straightforward (and fun!) I’ll email you