With over 10 years of experience in the smart cities realm, Joe Dignan shares the traits he'd like to see develop in Croydon. 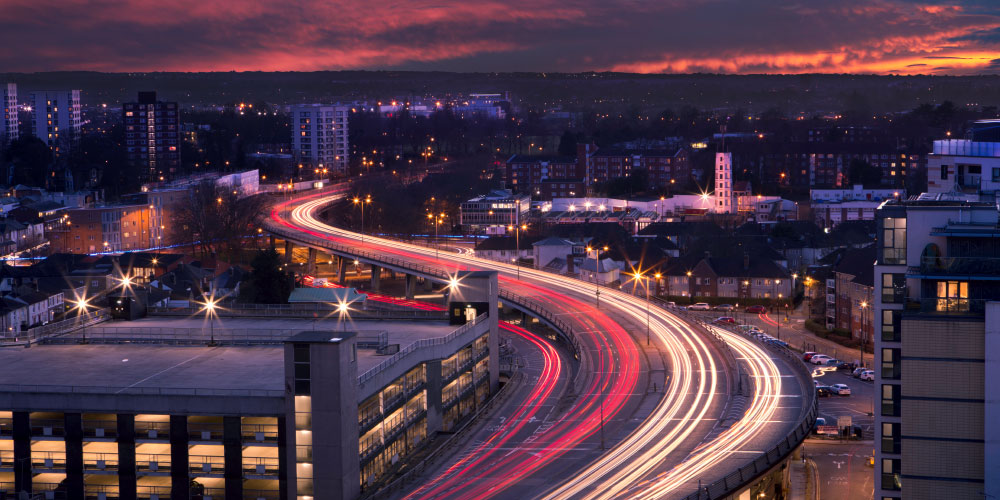 I’ve worked in the field of smart cities for over 10 years and am part of several expert groups working to develop them internationally. As such, I spend a lot of time thinking about what makes a smart city or community succeed. It‘s clear to me that there are certain common characteristics that successful smart cities share and, in fact, I would say that if these conditions are not met, cities will struggle to compete.

I’m also the founder of a Croydon-based tech business, so I have a vested interest in seeing the borough become a thriving smart city. At this time of enormous opportunity for Croydon, these are the 10 characteristics I’m looking for our borough to develop:

My first point was going to be “leadership”, but I realised that the best smart cities have something more: a maverick leading their work. This person is unorthodox, nonconformist and charismatic. They get people to take risks and do things they would not normally do. They could be an elected official or an officer, and the perfect storm is when you get the two working together. It’s important that this person is not distracted by having other responsibilities. So many times I meet someone tasked with the smart agenda who also has a full time day job, like director of transport or economy. They will struggle to do both.

The maverick needs a dedicated team behind them. Much too frequently, I meet some poor lone soul who has been given the responsibility for ‘smart’ without the authority or budget to make it happen. To make this work the maverick needs an eclectic and specialised group dedicated to the task

Cities increasingly have to do more with less money, so part of the dedicated team’s job is to find new sources of funding and change from a cost centre to a revenue centre. There are many sources of national funding and nothing gives more influence over strategy than being able to put money on the table.

Know what you have to work with: assets, broadband coverage, skills base, business community, academic excellence, IT infrastructure and data. I’ve realised that the antipathy many agencies have to sharing their data is not that they want to keep their data secret, but that they are embarrassed with its inaccuracy. They really do not want people to know that they have been making important decisions based on data they know to be poor. The lesson is that you have to create data trust models (with a kind of inherent amnesty) to draw a line under the past and create better data.

There is always a certain tension between citizen activists and technology specialists. The former feel that tech dominates the smart city discussion at the expense of citizen engagement, and the latter see smart cities as the ubiquitous connectivity inherent in internet of things. It is not a binary argument and if you are going to have a smart city you need the IT infrastructure to allow the citizen engagement to happen effectively. Here in Croydon, I’m involved in one potential community platform called Streetpin, which is an example of how tech infrastructure can help bridge the gap between activists and specialists.

The most successful cities always have a sense of identity and community – of us against the world. This gives them the ability to get the right stakeholders together to work collaboratively in an atmosphere of trust. Cities are in competition for resources, business and citizens, and a sense of community gives a competitive edge.

Find a reason to be part of the future

I was going to write “Unique Selling Point (USP)”, but frankly it is overused and by definition it is hard to have a USP. All cities grew for a particular reason, usually trade, commerce and learning: the smartest cities remember where they come from and plan how they will fit into the future. In Croydon’s case, its resurgence as a retail centre and affordable software cluster are two reasons it could thrive as a smart city.

The strongest cities in this field work hand in hand with the private sector. Many companies have a vested interest in the success of the cities where they live and work: after all, their employees use public services and want a strong economy. Large companies have massive research and development budgets and through enlightened self-interest they need to be developing solutions that the public sector may end up buying. Therefore, they will invest in the solutions required at a scale that the public sector cannot match. Alongside the larger corporations, cities need to engage and develop their local SMEs, as what they lack in resources they often make up for in creativity.

Strategy should not entomb a city. Many cities try to create an overarching strategy, where any number of moving parts must act in a predefined way before they do anything, and as a consequence, they never start. It’s better to agree a set of limited but open outcomes and then start doing tactical things that will join up to achieve the strategic outcomes. It’s also easier to attract funding for things that are already being done and shown to be working – I’ve seen many examples of agencies with funds, but no city project ideas of their own, bring money to the table to piggyback on success .

If you’re ever going to convince anyone that what you are doing is useful, you need to be able to show how it will get things done differently and how you will measure the change. Know what success will look like before you start and have a plan to measure the return on investment.

Joe is a smart cities expert and the Founder of Kintechi Ltd, an independent consultancy based in Croydon focused on delivering digital transformation at local, regional and national levels.